The Mighty Wurlitzer on Monument Circle

The organ began as a late production Wurlitzer Theatre Pipe Organ, style 240, three manuals and pedal, thirteen ranks of pipes, seven tuned percussion and twenty orchestral traps. This organ, one of the last made by Wurlitzer for use in this country, was built in 1931 and installed into the Warner Theatre in Youngstown, Ohio. In 1968 the organ was sold to Mr. Harold Huffman who removed the organ and put it in storage at his home in Fairfield, Ohio. The organ remained in storage until 2002 when Mr. Huffman donated the organ to the Central Indiana Chapter of the American Theatre Organ Society, Inc. (CIC-ATOS, Inc.). The organ was then brought to Indianapolis and put into storage for future installation in a suitable location. In late 2003, Tim Needler, business manger of CIC-ATOS, Inc. was advised that the estate of Miss Sally Reahard had made a bequest to the Indianapolis Symphony Orchestra for the acquisition and installation of a vintage theatre pipe organ for the Hilbert Circle Theatre.  Upon notification of the bequest, Mr. Needler contacted Richard R. Hoffert, President and CEO of the Indianapolis Symphony Orchestra, to offer assistance with this project.  CIC-ATOS, Inc. donated the former Warner Theatre Wurlitzer pipe organ to the ISO. The original instrument has now been enlarged and augmented with eleven additional ranks of pipes to support use in those symphonic works that employ pipe organ in the scoring.

The rebuilding, additions and installation has been a long process for this historic instrument, demanding thousands of hours of pain staking detail by Carlton Smith Pipe Organ Restorations and their associates. 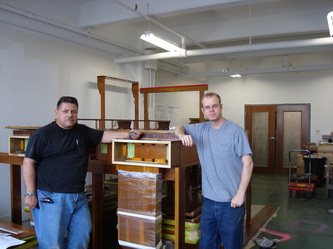 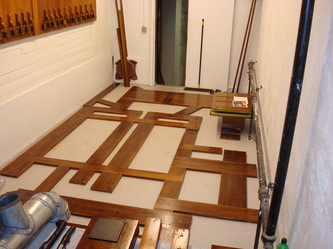 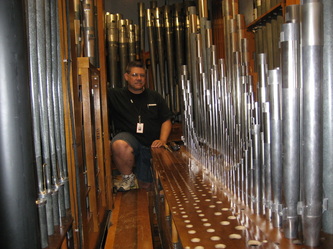 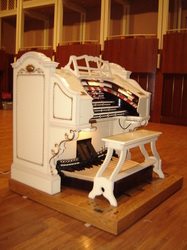 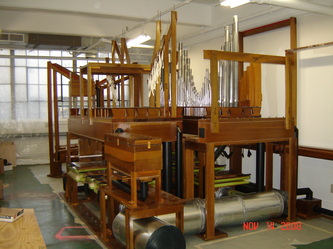 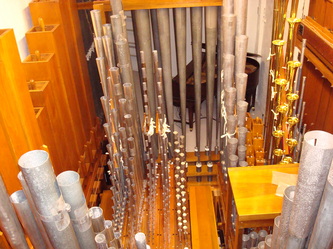 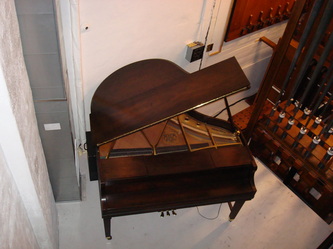 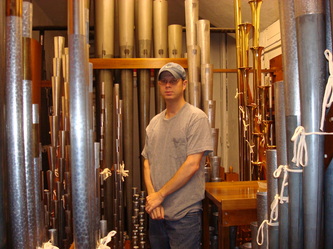 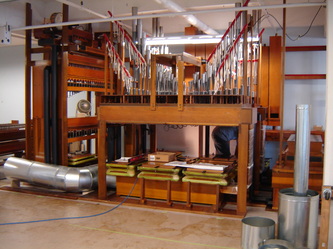