​The 1924 Kimball pipe organ located in Elkhart, Indiana’s Lerner Theatre is one of only three Kimball pipe organs currently installed in its original location. The organ was restored following the 2011 renovation of the theatre which opened on Thanksgiving Day, 1924.

After the restoration, a crew of nearly 20 from Bunn-Minnick Pipe Organs of Columbus, Ohio, spent three weeks hoisting equipment and filling the two pipe chambers with more than 1,000 pipes.  The project absorbed nearly 10,000 man hours for the crew over a year. 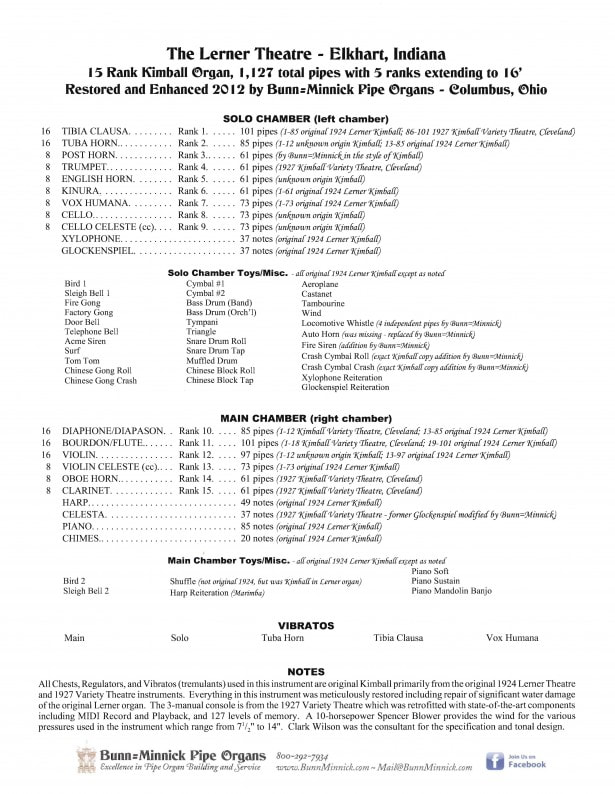